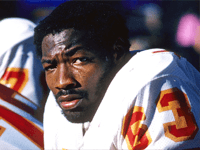 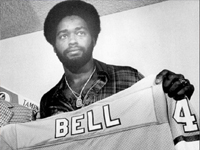 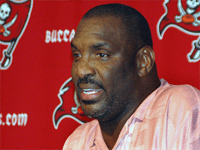 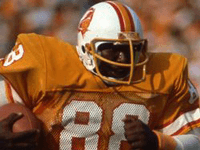 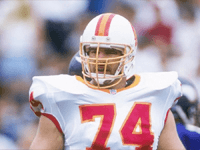 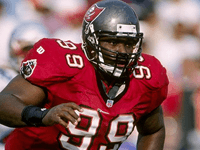 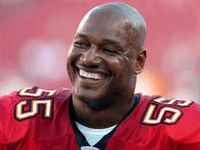 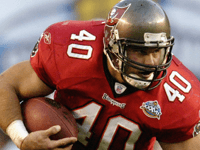 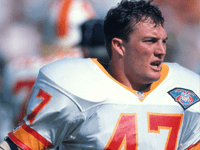 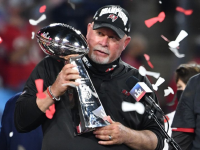 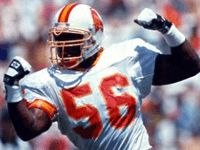 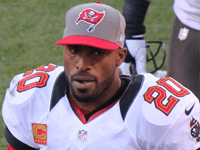 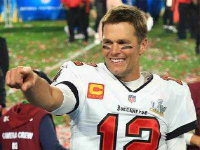 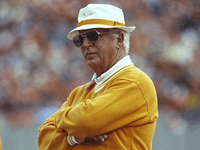 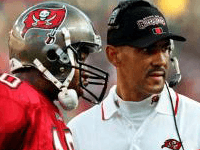 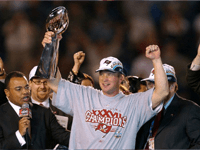 The Buccaneers are on the line tis Sunday, clinging to a one-game lead atop the NFC South with only three weeks left and focused on clinching a division title by simply winning the next two games. Tampa Bay has never won back-to-back division titles in its history, so any holiday wish list going into this season would be at the top.

"I've never experienced this one," offensive coordinator Byron Leftwich said. "This one is a little different. It's too important of a ballgame to worry about what day it's on. We could [not] care less what day. Our families and everybody understand that, that we're really locked in and have our minds on something bigger than the day of Christmas. We'll get back home and we'll enjoy our time with our families when we can."

For Buccaneers players, the opportunity to play on Christmas brings back a nostalgia to their childhood, when they'd wake up and open presents, watch a game on television and then go outside and play with a new football.

"I'm excited about it, personally," said receiver Russell Gage, who caught two touchdown passes in last week's loss to the Bengals. "Growing up, I watched games on Christmas Day and Thanksgiving, and I was like 'That's awesome. You get to play on a holiday like this? I'm going to go outside in the yard and play football with my friends.' So we get to play on this day, and we're playing for something, playing with purpose. We've got a lot of things at stake, and I've personally never been in the playoffs, so I'm excited.".

HOT NEWS OFF THE TURF

Send Us Your Gameday Video

It turns out Rob Gronkowski was feeling the boredom of not playing football earlier this season.

Buccaneers coach Todd Bowles told the Tampa Bay Times that Gronkowski contacted the team, and he had several discussions with the future Hall of Fame tight end about him returning to the team in November.

"It was more of a conversation than anything else," Bowles shared. "Usually, when you have to think about playing, you probably don’t want to play. When it’s just a discussion, I didn’t think much of it at the time."

The discussions about Gronkowski potentially returning came around Thanksgiving. The Buccaneers had their bye week the weekend prior to the holiday and were fresh off two wins to improve to 5-5. However, many of the Buccaneers' offensive struggles have continued following their bye week, as they've lost three of their last four games.

Gronkowski raised eyebrows on Wednesday when he tweeted "I'm kinda bored" with a neutral face emoji, fueling speculation that he would end his second retirement.

Gronkowski said that two teams actually reached out to him following his tweet.

"It was unbelievable," Gronkowski told FanDuel TV on Thursday. "I won’t say who, but yes, there was two teams. It was pretty nuts to me that everyone actually saw the tweet."

Email us with your Fanatical photograph 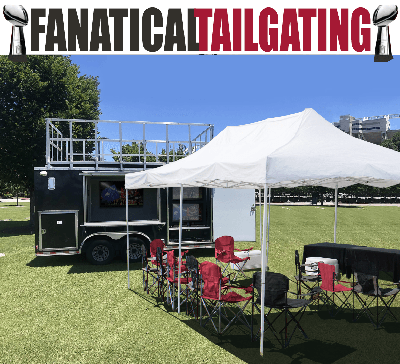 There is no experience in the seven seas quite like tailgating at a Tampa Bay Buccaneers game. The smell of grilling, camaraderie, and drink brings together the greatest fans in the NFL to enjoy the best day of the week, GAMEDAY.

We want to share your experience and invite you to email photographs with a note on what makes your tailgate experience special. If you plan to host tailgater send us your recipe to share, also like/join our FaceBook page to win some great fan gear CLICK HERE---> FACEBOOK BUCS1FAN

Substitute almond or nut butter for those with peanut butter allergies.


In a large bowl, add peanut butter, melted butter, vanilla, salt and powdered sugar. Beat with an electric mixture until everything is combined.
Roll in peanut brittle
Use a 1-ounce cookie scoop (or about two tablespoons) to portion out the peanut butter/brittle mixture. Roll the 1-ounce portions into smooth balls and place onto a baking sheet.
Refrigerate the peanut butter balls for at least 30 minutes.
Combine coconut oil and chocolate chips in a microwave-safe bowl. Microwave in 30-second increments, stirring between, until the mixture is melted.
Stick a toothpick or a skewer into a peanut butter ball and dip it into the chocolate. Let the excess chocolate drip off and then put it onto a wax paper-lined baking sheet.
Repeat until all the cannonballs are coated. Chill in the fridge for at least 45 minutes before serving.

Mike Evans, who was suspended by the NFL for one game on Monday, submitted his appeal to Appeals Officer James Thrash on Tuesday. On Wednesday, the league announced that Thrash had upheld the suspension, meaning Evans will miss this Sunday's game against the Green Bay Packers.

In his role with NFL Network, Sanders will appear regularly on NFL GameDay Morning throughout the season, in addition to various other NFL Network programs and live coverage of such events as Super Bowl. Sanders will also co-host a new podcast to be developed for the NFL Podcast Network.

"We got to see a glimpse of what Emmanuel could bring several years ago when he was a guest analyst on NFL GameDay Morning on Championship Sunday," said Charlie Yook, NFL Network Vice President, Executive Producer. "We are excited to have him join our family and create memorable content in the linear and digital space."

Wanted - Nominate a BUCS Fan of the Year 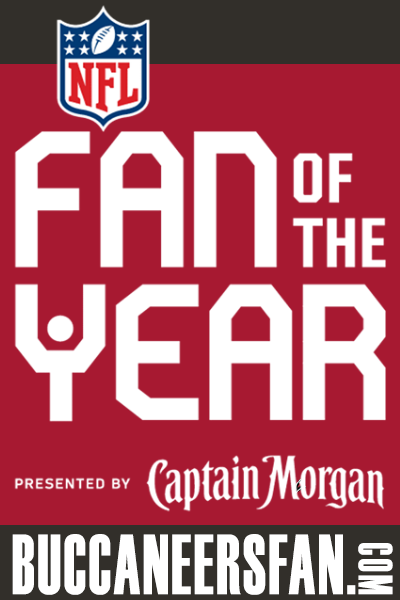 HEY FANATICAL BUCCANEERSFANS, the NFL announced that the Fan of the Year contest presented by Captain Morgan Original Spiced Rum has launched.

WANTED - Nominate a BUCS Fan of the Year

HEY FANATICAL BUCCANEERSFANS, the NFL announced that the Fan of the Year contest presented by Captain Morgan Original Spiced Rum has launched.

Captain Morgan will recognize extraordinary fans who bring an original spice to what it means to be a fan and who have been a positive influence or rallying force of their family, friends, and community. Fan of the Year nominees strive to further their connection to the game, their fandom, contribute to their team and inspire others. (Basically ALL of us Buccaneer Fans)

will be able to submit yourself or another fanatical fan for consideration in becoming the BUCS Fan of the Year by visiting here: CLICKING HERE---> https://www.nfl.com/honors/fan-of-the-year/

"We are once again really excited to bring back the Fan of the Year contest presented by Captain Morgan and to honor fans who bring their original spice to the NFL," said BOBBY GALLO, NFL Senior Vice President of Club Business Development. "Our fans are the essence of the NFL community, and we have such a tremendous appreciation for our fans. We believe we have a responsibility to celebrate them and to find new ways to highlight their passions and connections to their fandom."

Throughout the regular season, all 32 Fan of the Year nominees will also receive a series of prizes and take part in exclusive virtual experiences.

The submission window for the contest will open Saturday and remain open through 11:59 PM ET on October 3.

BUCS ODDS TO WIN IT ALL! 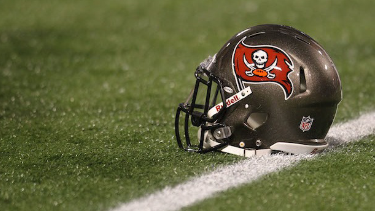 To no surprise, the Buccaneers are one of the favorites in the NFL to take home the super bowl this season.

The Buccaneers are an early super bowl favorite according to betting odds from FanDuel. The only team with higher odds to come away as champions at this time are the Buffalo Bills (+650). Tampa Bay has the highest odds (+700) to win the NFC by a decent margin, with the Los Angeles Rams (+1100) and Green Bay Packers (+1100) tied for second in the conference.

Yes... The BUCS dominated the Chiefs for much of the game becoming the first ever NFL team to win (or even play) in a Super Bowl in their home Raymond James Stadium. But there were also other records set at the game.

According to BuccaneersFan.com, these Super Bowl records were also set in Super Bowl LV:

Our Plan for Success!

"There ARE two kinds of Football games the good and bad. I enjoy watching BOTH!"

What Is A Krewe?

A Krewe is any group or organization of revelers to band together to host a Krewe Social, ride on a themed parade float and participate in social events throughout the year.

Outfits are based on a combination of licensed NFL gear, Breeches, boots, skirts, head gear and game day face-paint, as you create your swashbuckler fanatical BucsFan ensemble.

Ye Krewe of Pewter Pirates will feature both free BucsFan's and paid Krewe memberships. To learn more and sign up visit the Krewe Zone links at the top of each page.

Ye Krewe of Pewter Pirates is about more than just dressing up in festive Bucs costumes and throwing beads… Many are deeply involved within the community, through charity and philanthropy.

A Krewe Without A Ship

As fanatical fans we plan to construct a float similar to the concept float shown. Giving homage to our favorite ship in Raymond James.

With parades being one large tailgate party, and you know how BucsFan's love tailgating, our Krewe plans to show our fan spirit at as many as we can.

Keep connected and informed during our Krewe development here and on social media. Friend our Krewe Facebook our Krewe Twitter below. 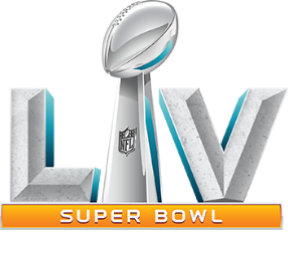 You'll find some of the greatest tailgating recipes ever invented. Many of the recipes are from inventive BucsFan's just like you. Send yours today.

Have a Question? Call Us!

If you are interested in Ye Krewe Float Sponsorship, Contributing, Joining the Krewe Founder's Circle or Important Issues call... (404) 403-0491. 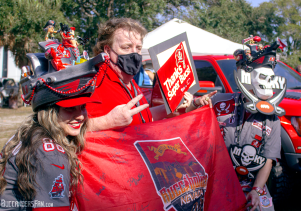 Game-day tailgating with representatives from all across America at the official WTB Tailgate during Super Bowl LV. Rader shown above with two Buccaholics members from Las Vegas wearing the BEST ship hats I've seen. 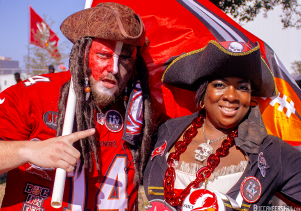 Tampa Bay features the most diverse, dedicated, and beautiful fans in the NFL as they invade for the historic home featured Super Bowl. We are ready to defend our Super Bowl Championship in 2021.

Individual talents get magnified many times over through the collective lens of an effective team.

Your Invitation To Join

In order to develop the Ye Krewe of Pewter Pirates program, the Krewe has established a Founder's Circle for individual and corporate memberships (this is for the paid Krewe memberships, not free BucsFan programs). All funds collected from Founders Club memberships are dedicated towards purchasing a custom designed Krewe parade float, float parade tow vehicle, licenses, permits, application fees, insurance and ordering of other major components needed in

Members of the Founder's Circle will receive:

Membership in the Founders Circle is a unique opportunity to get in at the beginning of the Ye Krewe of Pewter Pirates project. Space is limited however, due to the float development time schedule. We are seeking corporate naming or other sponsorships during the development. For more details of the program click link below.

... see what others have to say